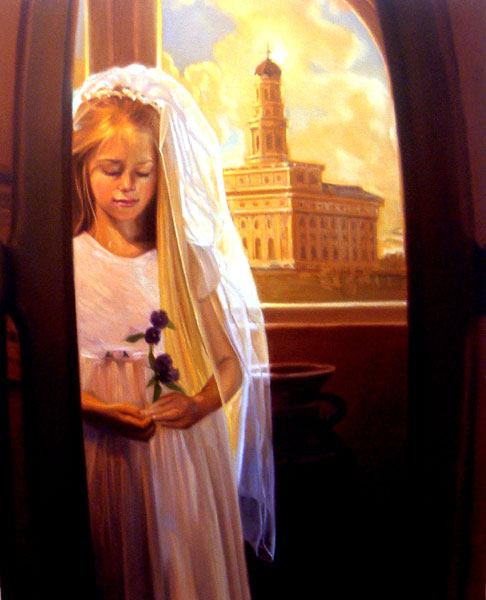 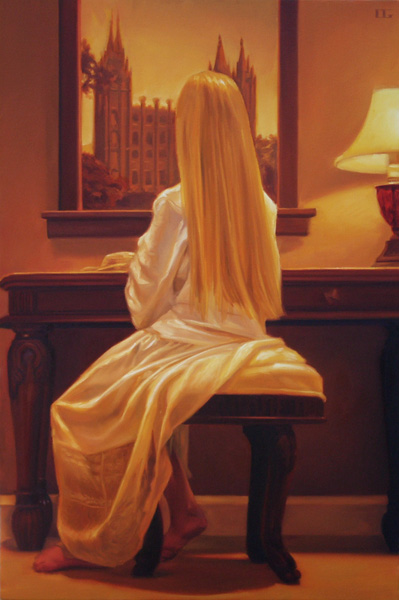 Born into an artistic family, Carrie Graber was encouraged to explore her artistic endeavors. From a very young age Carrie was always fascinated with the human figure. Her father, Jack Graber, a graphic designer and small business owner, initially inspired her and provided an environment conducive to drawing and painting. Carrie's love for the artistic world led her to pursue her studies further, being accepted into the esteemed Art Center in Pasadena, California.

Although she was required to be in her life-drawing class only once a week, Carrie often found herself there everyday. This is when her love of the human figure began to blossom. She and fellow students developed an informal group in which they shared the duties of posing for each other while the rest of the group created drawings, studying the curves and contours of the human shape. After her graduation with distinguished honors, Carrie's drive to further her technique led her to begin using herself as a model, posing for self-timed portraits with her camera and experimenting in her father's darkroom. In 1998, Ms. Graber released an incredible initial body of work, which features many of these "self-portraits," in addition to portraying other models.

Due to the inconsistency of indoor lighting, Carrie is constantly challenged in her work to create a perfect composition of light and contrast. Perhaps it is the luminescent glow that surrounds Carrie's figures and objects that has caught the eyes of collectors and admirers around the world. Her work captures the beauty and subtlety of ordinary compositions, focusing on subtext visions, which are often overlooked. This is the link between Carrie and one of her main influences, Dutch master painter Vermeer. Similarly, Carrie composes settings bursting with dramatic light sources. Her depictions of various interior environments come alive as her soft, realistic and bold approach warms the viewers' senses.

As an artist in her early thirties, Carrie has already accumulated an impressive amount of accolades and awards. These perhaps have made her one of the most exciting, well collected and up and coming American artists. Scholars and experts from several different institutions have predicted that as our aesthetics evolve, art will become less reliant on overt color, and come to depend more on the subtle interplay of light and shadow. With her warm tones and exquisite control of illumination, Ms. Graber's work is perfectly suited for the new millennium.