Artists on The Sacred Print

The Sacred Print offers some of today's best artists that create works that incorporate temples of The Church of Jesus Christ of Latter-day Saints utilizing the styles that made the artist famous. Recognized as "superstars" by their peers in the art world, these exciting artists bring to life the sacred temples of the LDS Church.

Perhaps the first thing one notices about Argentinean-born Aldo Luongo’s work is that he possesses the extraordinary ability to suspend a moment in time while still expressing a sense of motion which so many artists simply cannot embody. His playful contrast of light and shadow, and his tendency to capture his subjects when they are most themselves, give his images a sense of naturalness infused with the fleeting elusiveness of a dream state. In essence, he has created a means in which both the rapid passage and suspension of time are held in perfect balance, giving the viewer the opportunity to step into the very center of an emotion and explore it thoroughly. 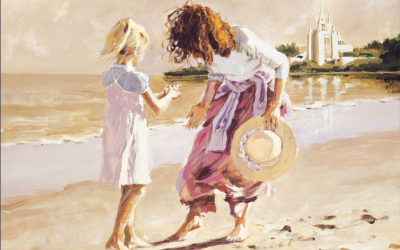 Antal Goldfinger's remarkable gift for drawing and painting was noticed early in his childhood in Gyongyos, Hungary. At the age of 16, he studied at Berze, acquiring fundamental skills which were later honed with the experience and observations he gained while serving in the Hungarian army and with NATO in Munich. At the age of 22, he moved to Seattle, Washington with his wife and two young sons where he worked a series of odd jobs and continued to develop his artistic vision. Eventually, he was able to return to Hungary to study with a highly regarded master of landscape painting. Under this tutelage, he focused on learning the traditional techniques of "plein aire" painting, which is defined as "painting from life," whether the subject be human or animal figures, outdoor painting, or still life. He eventually returned to Seattle to augment these studies and further develop his figure painting abilities by attending lectures at the University of Washington. 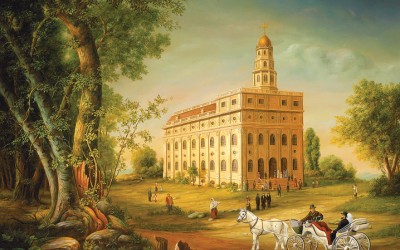 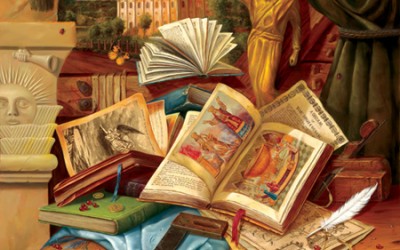 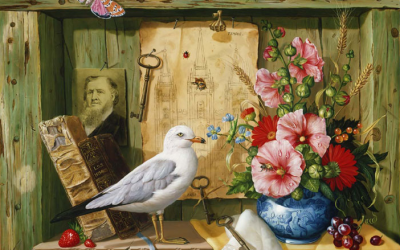 Born in Des Moines, Iowa, Arian spent many hours throughout his youth in museums studying the painting techniques of the masters. From the third grade when he was taught to draw in perspective, his first taste of Realism, Arian’s artistic passion was awakened and his destiny became apparent. 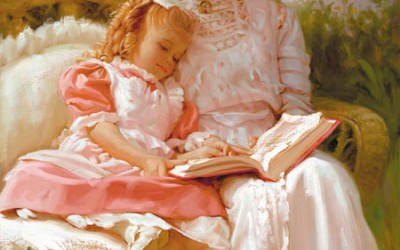 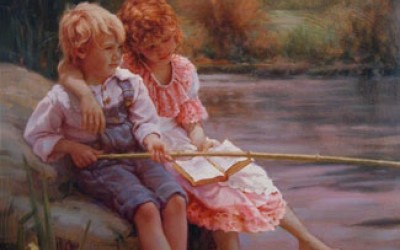 Born into an artistic family, Carrie Graber was encouraged to explore her artistic endeavors. From a very young age Carrie was always fascinated with the human figure. Her father, Jack Graber, a graphic designer and small business owner, initially inspired her and provided an environment conducive to drawing and painting. Carrie's love for the artistic world led her to pursue her studies further, being accepted into the esteemed Art Center in Pasadena, California. 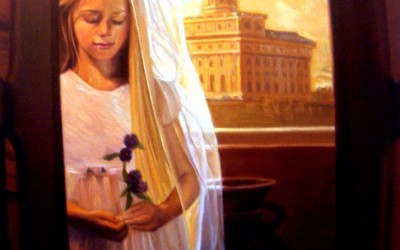 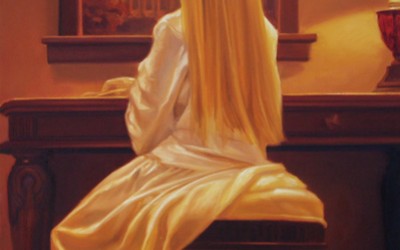 When asked about his upbringing, James Jensen reported, “The making of art was constant and quite magical as a kid.” The grandson of a Lutheran minister and son of an esteemed sculptor and painter in Fort Collins, Colorado, Jensen was constantly surrounded by artists who came to work in his family’s 20,000 square foot studio and living space. Within this refuge, surrounded by peaceful acres of cherry trees, the act of creation was a constant influence on his young mind. 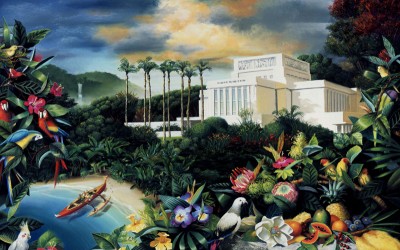 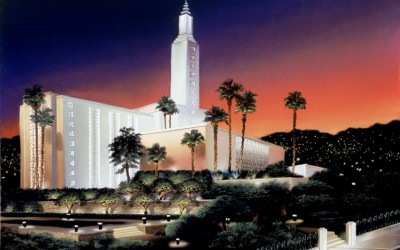 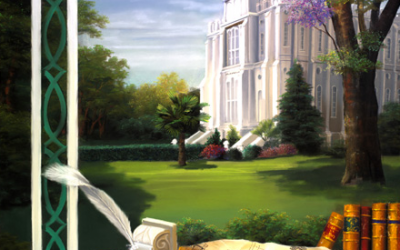 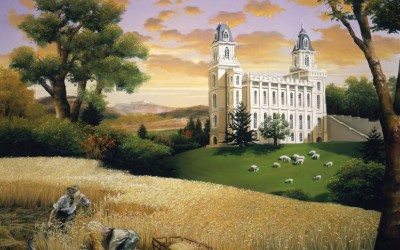 The Field is White

The Sacred Print is proud to represent Paola Maria Savoia.  Paola was born in Genoa (Italy) on July 29 th 1960 and directly descends from the illegitimate branch of the noble and ancient Savoia family, which used to be the former Royal Family of Italy (until 1946).Since the age of nine she clearly shows her love for arts, starting to paint, and attracting the attention of some important critics. She makes her first art exhibition at the age of 10, thanks to the help of the Ufficio del Turismo della Liguria. 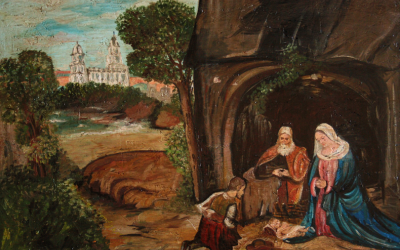 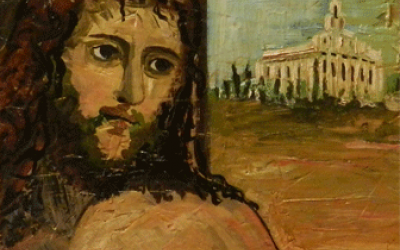 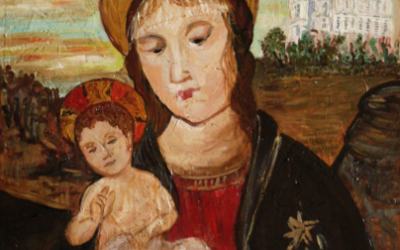 Giuseppe D’Angelico—now better known as Pino Daeni, or simply Pino—was born in Bari, Italy, in 1939. His father was a technician at a local university, and although the family suffered hardships due to the war-torn country’s economic distress at the time, Pino found a refuge in art. He pursued his craft at Bari’s Art Institute, and at the age of 20 was admitted to the prestigious Accademia di Belle Arte di Brera in Milan. Here, he spent two years studying life drawing and painting, further developing his semi-Classical style. Specifically, he was greatly influenced by the works of the pre-Raphaelite painters and i Macchiaioli, a fraternity of mid-nineteenth century Florentine artists who strove to emphasize immediacy and freshness, a style which at that time stood in stark contrast to the dominant academic school of painting. These studies would later be augmented by Pino’s experimentation in Expressionism, eventually resulting in his signature style. 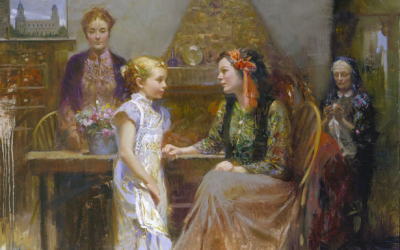 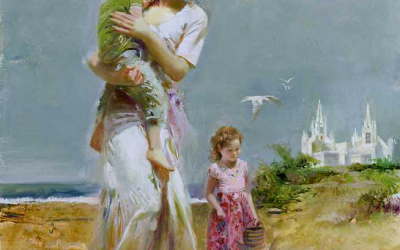 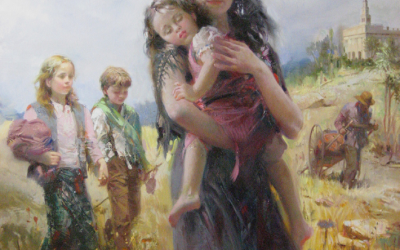 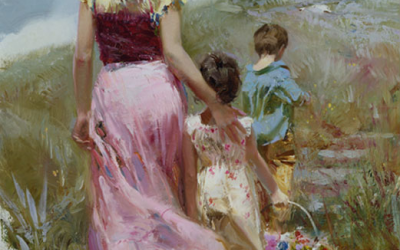 Rembrandt was a Dutch painter and etcher. He is generally considered one of the greatest painters and printmakers in European art history and the most important in Dutch history. His contributions to art came in a period of great wealth and cultural achievement that historians call the Dutch Golden Age when Dutch Golden Age painting, although in many ways antithetical to the Baroque style that dominated Europe, was extremely prolific and innovative.

Adoration of the Shepherds 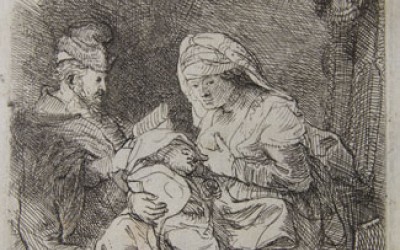