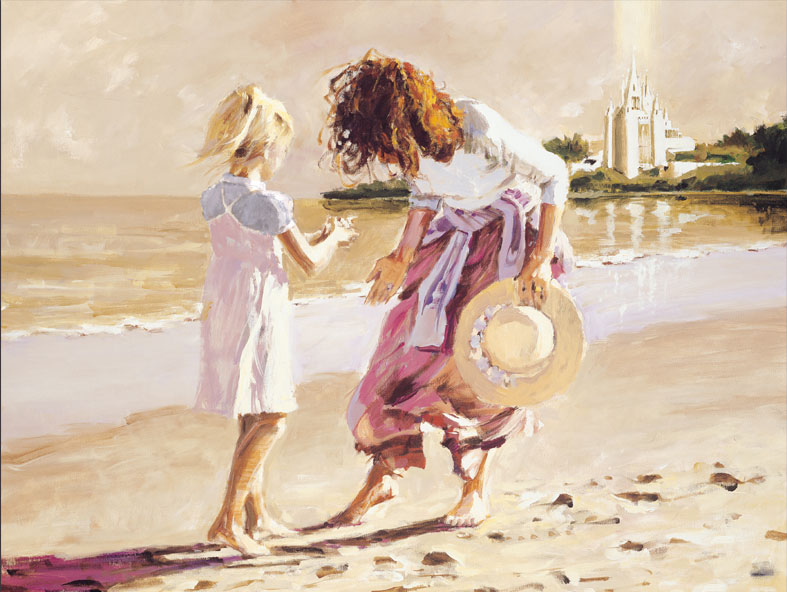 Perhaps the first thing one notices about Argentinean-born Aldo Luongo’s work is that he possesses the extraordinary ability to suspend a moment in time while still expressing a sense of motion which so many artists simply cannot embody. His playful contrast of light and shadow, and his tendency to capture his subjects when they are most themselves, give his images a sense of naturalness infused with the fleeting elusiveness of a dream state. In essence, he has created a means in which both the rapid passage and suspension of time are held in perfect balance, giving the viewer the opportunity to step into the very center of an emotion and explore it thoroughly.

From his acrylics to his fine art prints, Aldo Luongo’s pieces embody a quality of fluidity and intensity— the results of a true artist engaged in a passionate process of creation. Whether he is portraying a romantic enclave, a frenzied sporting event, or a richly textured landscape, central to all of Luongo’s paintings is the juxtaposition of memory and hope, sorrow and humor, freedom and control. These dynamics are clearly seen in his figurative works, especially those portraying the Hawk, an elderly gentleman with a thick white moustache, a boyish grin, and a twinkle in his clear eyes. The Hawk
was developed as a tribute to the artist’s late father, Rafael Celestino Luongo. The two had suffered their own differences typical to father and son, and when Rafael passed away in the early 1970s, Aldo grieved not only the loss of his father, but the rift which the two of them had not healed. This led him to create this frequent subject of his paintings who is an archetypal character spun from the memory of his father and his own discovery of his future self. As a result, his images featuring the Hawk (as well as his other works) echo the emotions and experiences of a life lived to the fullest.

Even though he graduated from the Academy of Fine Arts in Buenos Aires, Aldo Luongo initially had aspirations of pursuing a professional athletic career. When this dream was cut short due to injury, he moved to the United States to focus on his artistic pursuits. After a stint in New York City, he worked as a jewelry designer for the prestigious Marvin Hime Jewelers in Beverly Hills, and eventually was hired by Vanguard Studios to design a line of wall décor. In 1969, however, he abandoned his design career at Vanguard to devote himself completely to his artwork.

Since then, Luongo has produced a number of one-man shows throughout the world, and has been a featured artist in projects with Andy Warhol, Frank Stella, and Robert Rauschenburg. He has been commissioned to paint portraits of Charleton Heston, Bill Cosby, James Franciscis, Desi Arnez Jr., Dionne Warwick, Yul Brenner and Japanese pop star Yoko Minamino. He was also commissioned to create the jacket image for Dionne Warwick’s album, “Then Came You.” Drawing from his own athletic background, he painted two works—“High Flyer” and “Jump to Victory”—which were selected to represent the 1988 Olympic Games in Seoul, Korea. This led him to be named as an official Olympic artist for both those events and the 1996 Summer Olympic Games in Atlanta, Georgia, with his image “Where the World Comes to Play.” He is the co-founder of Scala Editions, a publishing venture designed to bring his artwork to a worldwide audience. Additionally, he has been named Man of the Year by both the Cystic Fibrosis and Muscular Dystrophy Foundations.